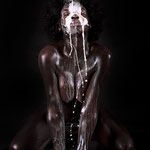 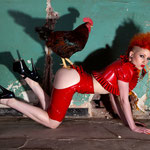 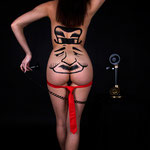 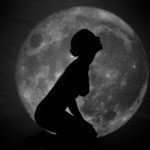 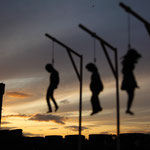 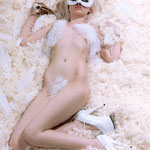 Cyril Helnwein has been taking photos since he was 10 years old, starting out with a Yashica half-frame camera that allowed 2 photos per film frame.

Since then his work has been shown in various exhibitions around the world and featured in a wide range of online and print publications.

He has lived and worked in Austria, Germany, England, Scotland and the USA, eventually settling in Ireland in 1997. Since 2003 he spends part of his time in Los Angeles. His implausible photographs are famously free from digital manipulation – Helnwein prefers to use traditional photography tools such as lighting, movement and timing.

He is married to Irish actress/model Kojii and has three children. This was his first exhibition at Yoshi`s Contemporary Art Gallery.

Collectors of his works include:

For more information regarding the artist and art works feel free send us a  Mail. 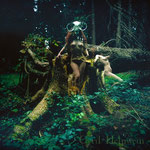 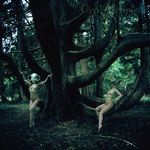 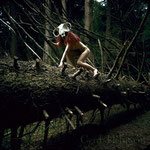 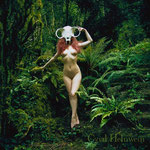 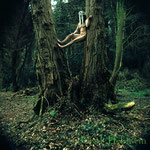 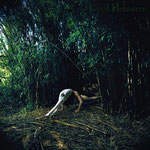 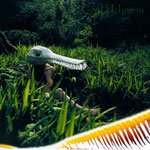 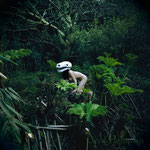 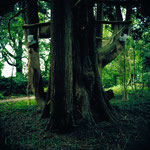 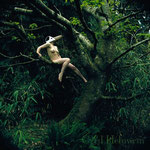 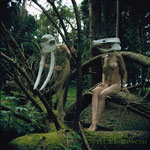 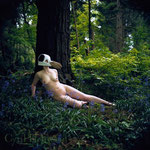 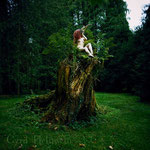 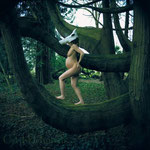 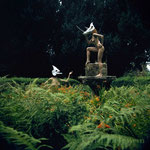 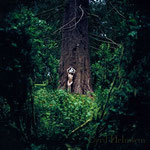 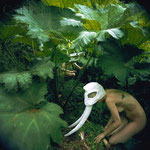 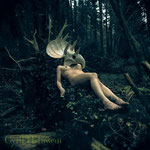 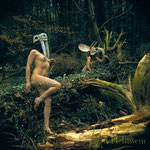 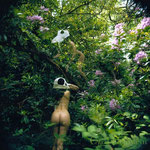 Ho Gallery is proud to present Cyril Helnwein’s latest exhibition, Lost Garden. This latest exhibition is a glimpse into a mystical parallel world. Amidst lush woodlands, Amazonian nude women are absorbed in savage and shamanistic scenes, their faces hidden under the skulls of fierce beasts – bristling with beaks, horns and fangs.

Initially the spark for Lost Garden was the concept of creating a series of instant-film photographs shot entirely in a woodland setting; specifically in the 19th century botanical garden and arboretum located at the Helnwein family’s Irish estate. While plotting the logistics of this shoot however, Helnwein was exposed to an unexpected and poignant moment of inspiration.  Reading through a National Geographic article on the illegal rhino horn trade, he discovered that thanks to rampant poaching, the West African black rhinoceros had been declared officially extinct in 2011. Struck by the reality that entire species are dissapearing in his lifetime, his original concept began to evolve, taking on zoological and taxonomical themes. Driven to find out more about previous extinctions, Helnwein researched the topic further, eventually deciding to construct a series of handmade plaster-of-paris skulls based on extinct and endangered species, sized to fit a human body.

The result are visions of a unique, primeval and fantastical world: nude females with animal skulls inhabit a half-wild garden peppered with decayed fountains, mammoth redwood trees, clusters of bamboo, giant rhubarb, overgrown stone steps, towering Rhododendron, swathes of bluebells and foxglove, and stunning topiary sculpted to resemble gothic arches. Alone or in pairs, the women in these photographs are frozen in obscure pagan poses; giving the impression that we are witness to some elemental, ancient magic unfolding.

These scenes are reminiscent of Boris Vallejo’s beloved fantasy and science fiction illustrations, especially in the stature, pride and power inherent in Helnwein’s female figures. Other potential parallels include Sir Arthur Conan Doyle’s The Lost World and Clark Ashton Smith’s Hyperborea tales – specifically their descriptions of anatomically modern humans striving to survive in a primordial, forgotten wilderness. Helnwein drew his inspiration from diverse sources, ranging from childhood fairy tales, science fiction novels and comic books, the magical realism of Guillermo del Toro’s Pan’s Labyrinth, to the arboretum and garden itself.

The final artworks are enlarged prints of the original instant-film photographs, gotten by scanning on an analog machine, often featuring Helnwein’s trademark Photoshop-free effects such as double exposure, as well as the strangely appealing flaws left by fortuitous accidents during film developing.  For the exhibition, the photographs will be displayed in frames that Helnwein personally constructed from old reclaimed wood.

Though Helnwein’s works were not intended expressly as a commentary on conservation, Lost Garden does lend itself to this narrative. Initially the skulls Helnwein sculpted were all derived from extinct creatures, however he later also incorporated animals which, though still fairly abundant, presented interesting skeletal features. This decision serves perhaps as a warning that even the animals we take for granted may one day vanish – should we fail our responsibilities as the dominant species of our world.

Cyril Helnwein has been taking photos since he was 10 years old, his first tool was a Yashica half-frame camera that allowed 2 photos per film frame.

Born in Vienna, he now lives in Ireland since 1997 and travels often to work abroad. He is married to actress/model Kojii Helnwein and they have 3 children.

His work has been shown at various galleries around the globe, and featured in a wide range international print and on-line publications from The New York Times to Bizarre Magazine (UK).

His implausible photographs are famously free from digital manipulation – Helnwein prefers to use traditional camera and photography tools such as lighting, movement and timing.

This is his second exhibition at Dots Contemporary.